10 Sustainable Seafood Choices You Should Order at Restaurants 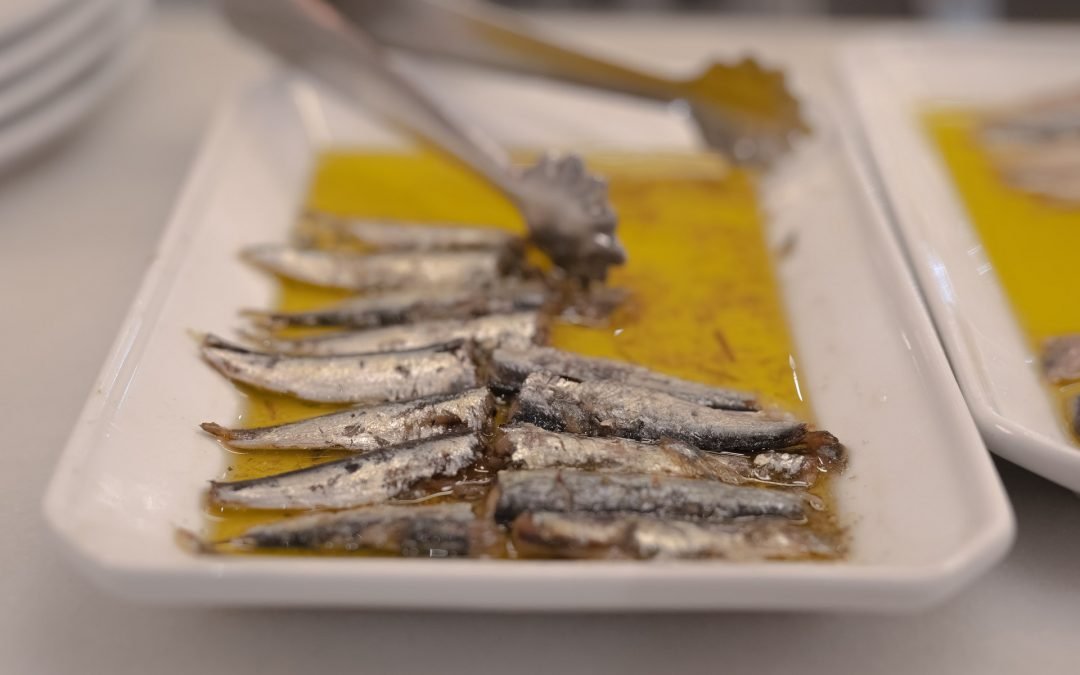 It may come as a shock to find that 90 percent of global fish supplies are either fully depleted or over-exploited. So, does is it even make sense to continue consuming seafood? We can if we choose to buy from companies or eat at restaurants that acquire their fish responsibly and sustainably. How would you know? Consider these three major factors: carbon footprint, biodiversity, and the business’ fishing method.

In the United States, China and Southeast Asia provide the majority of seafood consumed. If the fish is fresh, it was flown to us on ice, a method that is energy-intensive and environmentally destructive. That is why, in terms of carbon footprint, purchasing frozen or canned fish is a far better option.

Second, consuming a diverse range of seafood is critical for maintaining the diversity of our seas. In general, Americans eat only four different types of fish: shrimp, salmon, tuna, and cod. As a result, those fish stocks are put under disproportionate strain, and enterprises are forced to resort to more desperate, harmful fishing tactics. Instead, go to the fish counter with an open mind, seeking the “catch of the day” and asking your salesperson for cooking suggestions.

Lastly, ask how your seafood was raised and caught. Seafood is classified as either farmed or wild-caught. Although fisheries are lauded as the best means of conserving wild fish populations, it is not always true. And, while wild-caught fish may be cleaner and healthier, this is also not always the case. The most harmful fishing methods are dredging and bottom trawling because the weighted nets that are dragged across the ocean floor, disrupt marine habitat and catch organisms that we don’t even eat.

It’s a good idea to do your research on the type of seafood you’re interested in. You can learn about the sustainability and safety of various types of seafood from the database of Monterey Bay Aquarium’s Seafood Watch program.

The best choices of seafood depend on the region and where the fish originates, but we’ve rounded up the different seafood chosen by the Monterey Bay Aquarium’s seafood guide as “best choices” across the nation. You can find a more state-specific detailed list on Seafood Watch’s website.

Here are the food items you need to look for on restaurant menus when you’re eating out.

Anchovies are a type of oily fish that is typically sold in cans or jars. They are cured and seasoned with oil or salt, but you also find them fresh and prepare them differently.

Because anchovies are at the bottom of the food chain, they have a fast growth cycle and quick propagation. However, you should still consider where they come from. Anchovies from the Peruvian coast or the Southeast Pacific still need to be replenished because they were depleted during the last El Nino. Choose those coming from the Northeast Atlantic instead, especially if the Marine Stewardship Council (MSC) or another similar organization has certified them as sustainable.

Another oily fish, the Arctic char has a rich, yet subtly sweet flavor that makes it the perfect substitute for salmon or trout. It also has a high-fat content.

Unlike salmon, Arctic char may be farmed successfully. A very clean method of fish production called a recirculating aquaculture system (RAS) is often used to raise them. This technique significantly minimizes the problems associated with traditional fisheries in natural habitats that are often laden with garbage, pollutants, and even parasites.

These bivalves, or mollusks that have a hinged shell, all have a tender texture and a taste that’s mildly briny and buttery.

Farming bivalves has been suggested as the most sustainable way of fish farming. Bivalves obtain all of their nutrients from the water, thus they don’t need to be fed commercial foods. They don’t produce waste like fish, so they don’t pollute the environments in which they’re raised. Just make sure they’re farmed or caught through diving.

Hake can be substituted for cod, haddock, and pollock because they belong to one family. This fish has white flesh with a lighter flake than cod and is popular in the European market.

Hake is primarily sourced from Europe and the South African region of Cape. When possible, buy hake sourced from Europe, where this seafood is more sustainably managed. However, as long as the MSC or similar reputable organization certified your hake as sustainable, it doesn’t matter much where it is sourced. 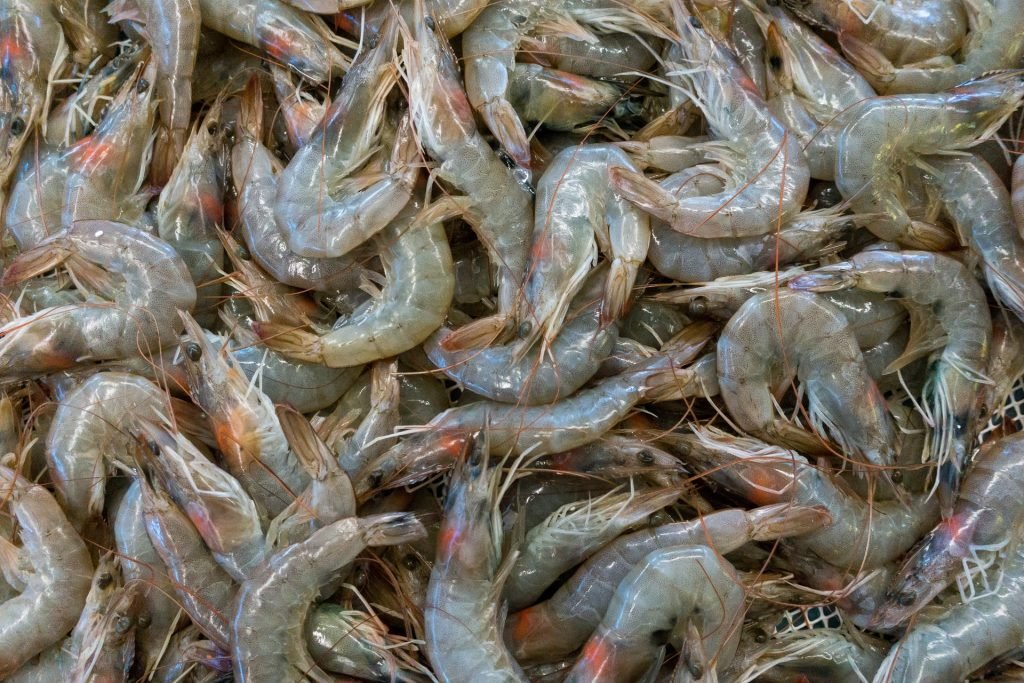 Although prawns and shrimp look very similar, they are actually two different species of crustaceans. Prawns are more popular worldwide, and they are often bigger than shrimp. They are frequently used interchangeably in recipes because of their similar flavor and meaty texture.

The truth is that prawns and shrimp are not always sustainable, and you must be careful when purchasing them. Look for farmed shrimp and prawns that have been certified by the Aquaculture Stewardship Council (ASC), the Best Aquaculture Practices (BAP), or the Global Aquaculture Alliance (GAA) groups. If you’re looking for BAP-labeled products, choose those with at least a two-star rating.

Stick to wild shrimp and prawns from the Gulf of Mexico, Oregon, and British Columbia. Other wild-caught types are likely caught with bottom trawl nets that catch around four pounds of other sea critters, some of which may be endangered, for every one pound of shrimp or prawns.

Skipjack tuna is commonly canned and has a richer flavor than other types. It contains less mercury than Albacore and Yellowfin tuna.

Skipjack tuna grows more quickly than other tuna species, so they’ve usually had a chance to reproduce by the time they’re caught. Choose skipjack tuna caught with a pole and line or trolls, since these are far more precise and avoid the large volume of bycatch produced by purse seine methods.

Look for skipjack tuna caught with a pole and line or trolls, as these methods are more accurate and prevent the vast amount of bycatch through purse-seining.

You can see five types of Alaskan salmon on the market, each with a distinct flavor. Sockeye salmon has a deep color, fatty flesh, and a strong flavor, while Pink salmon has a lighter color and flavor.

Wild Alaskan salmon is strictly regulated, and their stocks are in good health. A pole and line or troll method are often used to catch them, which have little impact on the environment. 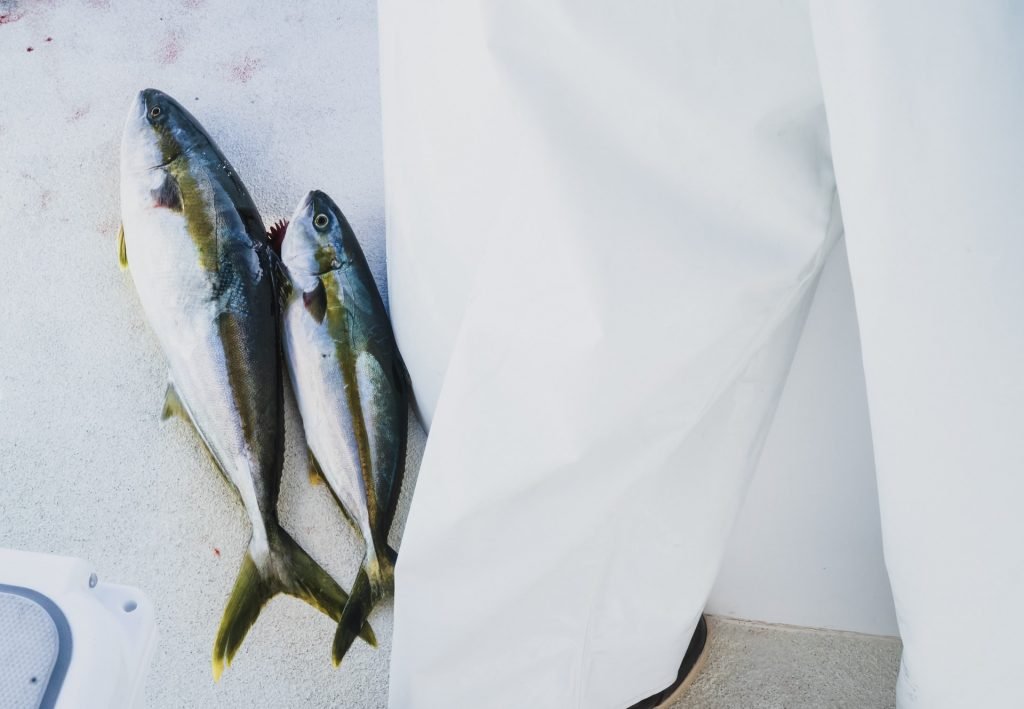 Albacore tuna has delicate, white meat that may be prepared with almost anything, including strong flavors such as lemon, tomatoes, black olives, and capers. Troll and poll-fished albacore tuna, which are younger and smaller, do not contain the mercury that is commonly found in tuna and is harmful to human health.

Look for Albacore tuna captured by troll/pole in the Canadian and US Pacific waters. Bycatch of species like dolphins is eliminated when the pole capture method is used for fishing Albacore tuna.

Silver Hake, Spain’s favorite fish, is a delicious white fish that is a great substitute for cod and haddock. Hake is set to become the next big thing in restaurants in the United States, thanks to its popularity among chefs.

Tiburon Tavern is a business partner of the Monterey Bay Aquarium Seafood Watch Program. This means we only serve sustainable seafood in our restaurant. Even our meat and poultry are all naturally raised on small farms. Our goal is to serve as much organic produce as possible. Dine at Tiburon Tavern the next time you visit Tiburon. Book a reservation through our website, or call us today at 415-435-5996.